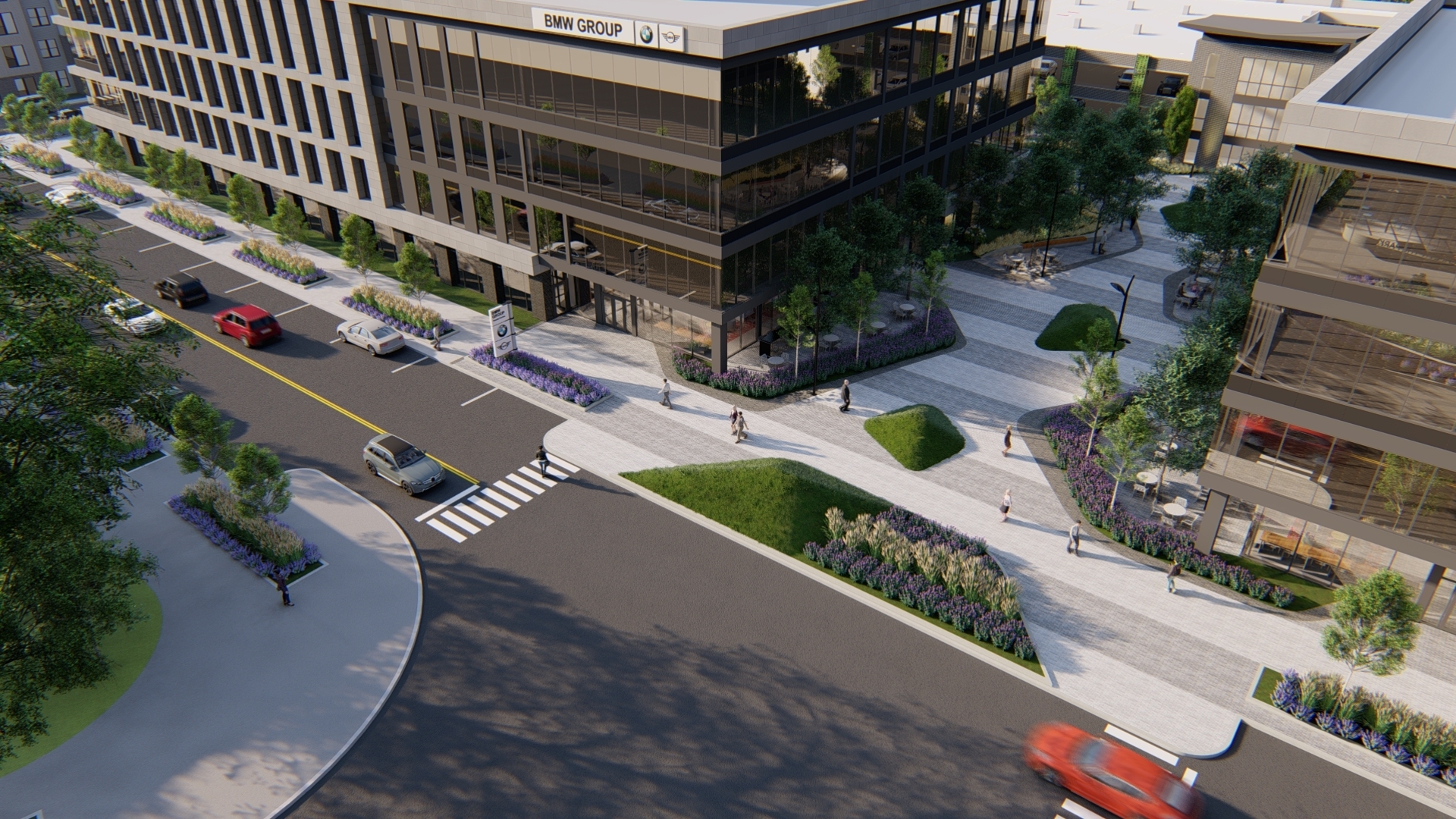 – The Offices at Grandview Crossing, located at 1400 City View Drive in Columbus, Ohio, is part of one of Columbus’ most anticipated and largest new developments. The Colliers Team was hired to market the two Class A office buildings totaling +/-250,000 SF that will be built. The first office building is 121,500 SF and is expected to be completed in Spring of 2022. Grandview Crossing, a Thrive Companies development will also have amenity-focused retail, a market concept sitting on the edge of a 3-acre programmed park, supported by a 1,350-space parking garage, and +1,200 apartments. 310 apartments will begin leasing in Fall 2021, with another 350 apartments going under construction during that time.

The developer elected to begin construction on the first of two office buildings on a completely speculative basis. At the time, which was just before the pandemic occurred, the leasing team had significant activity from many large users which provided the confidence to move forward with speculatively starting construction. In early March of 2021, the leasing team had a Letter of Intent from a technology company to lease the entire building and several other smaller users lined up in case the larger user fell through.

When the pandemic hit in mid-March of 2021 essentially all large leasing situations across the city were put on hold due to the uncertainty surrounding the effect of the pandemic on how companies use their office space. The floor plates, which were designed to have minimum columns, an offset core and 33,000 SF, were designed to accommodate larger users, so the minimum tenant size that the developer would consider was approximately 15,000 SF or half of a floor.

Additionally, because the office building was the lead building at the development there were no existing amenities, roads, green space, etc. which made it challenging to show prospective Tenants the experience.

The leasing team worked to develop new demising plans that showcased how the building could be split up to capture smaller demand which was essentially all that was active in the market at the time except for one large user, BMW Financial.

Like most companies, BMW Financial temporarily put their search on hold, but the Colliers leasing team relentlessly pursued the company and constantly provided updates as the office building continued to progress and the development continued to come to life. By the time that BMW had decided to revisit its search, Grandview Crossing was top of mind and in a solid position for the ensuing competition. BMW conducted an in-depth market search in which they sent over 20 RFPs and reached out to every major developer in Columbus, which created an extremely competitive situation. The Grandview Crossing team which consisted of Thrive, Colliers, Corna Kokosing and the Columbus Architectural Studio worked diligently to create an overall scenario that fully met BMW’s needs and to showcase the future experience that the company’s employees will have at the development.

BMW Financial selected Grandview Crossing for their future home and ultimately leased the entire 121,500 SF building, which is the largest Lease signed in Columbus during 2021. The group will bring approximately 700 jobs to development which will have a significant impact on the future success of the multi-family, retail and all other amenities the Grandview Crossing has to offer.