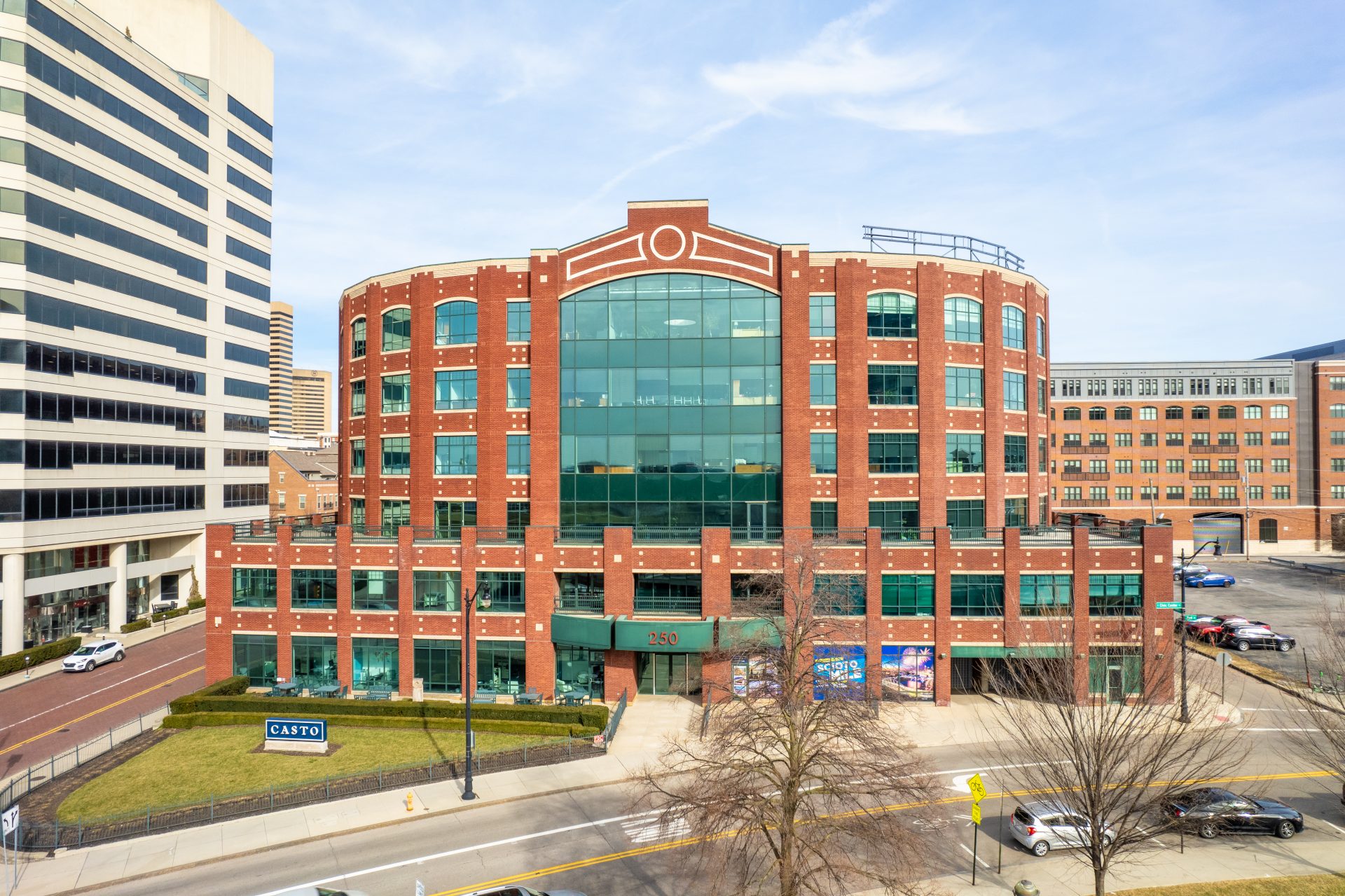 Bicentennial Plaza, located at 250 Civic Center Drive in Columbus, Ohio, is one of Columbus’ most premier and recognizable downtown office buildings. The Colliers team had been tracking the opportunity for years as they had a sense that the building ownership would have an interest in selling at some point. After many discussions with the owners, it became clear that they did not have interest in working through a full sales process but would sell off-market if the right buyer was identified.

Ravinia Capital Group is a professional operator of office buildings based out of Chicago. The Colliers team assisted Ravinia with assembling a portfolio that consisted of approximately 350,000 SF of Class A office space near Downtown Columbus as well as a 579-car parking garage.

Given the off-market situation it was critical that the process was tight from the beginning and the buyer was in fact a group that would close if business terms were aligned. The Colliers team knew it had one shot at keeping the seller’s interest long enough to possibly pull off the sale.

Additionally, there was a very complex parking component associated with the building which included various tenants’ rights to the attached garage, a parking agreement with a nearby parking lot owner and another parking agreement in place with the City of Columbus for spaces in a nearby garage.

Once the opportunity was concisely packaged it was presented to Ravinia as an off-market opportunity. Ravinia had a track record of closing on similar properties in the same geographic area and the Colliers Team had confidence in them as a buyer as well as their ability to close. The previous owner, Casto, occupies space in the building so the Colliers Team’s strategy was to facilitate a sale leaseback in which Casto agreed to remain at the property long-term in a significant portion of the building.

The sale closed in April of 2022 and Casto agreed to a long-term lease arrangement at the property. Ravinia is in the process of working through many updates to the property which will ensure that it is positioned well to accommodate current and future tenants.