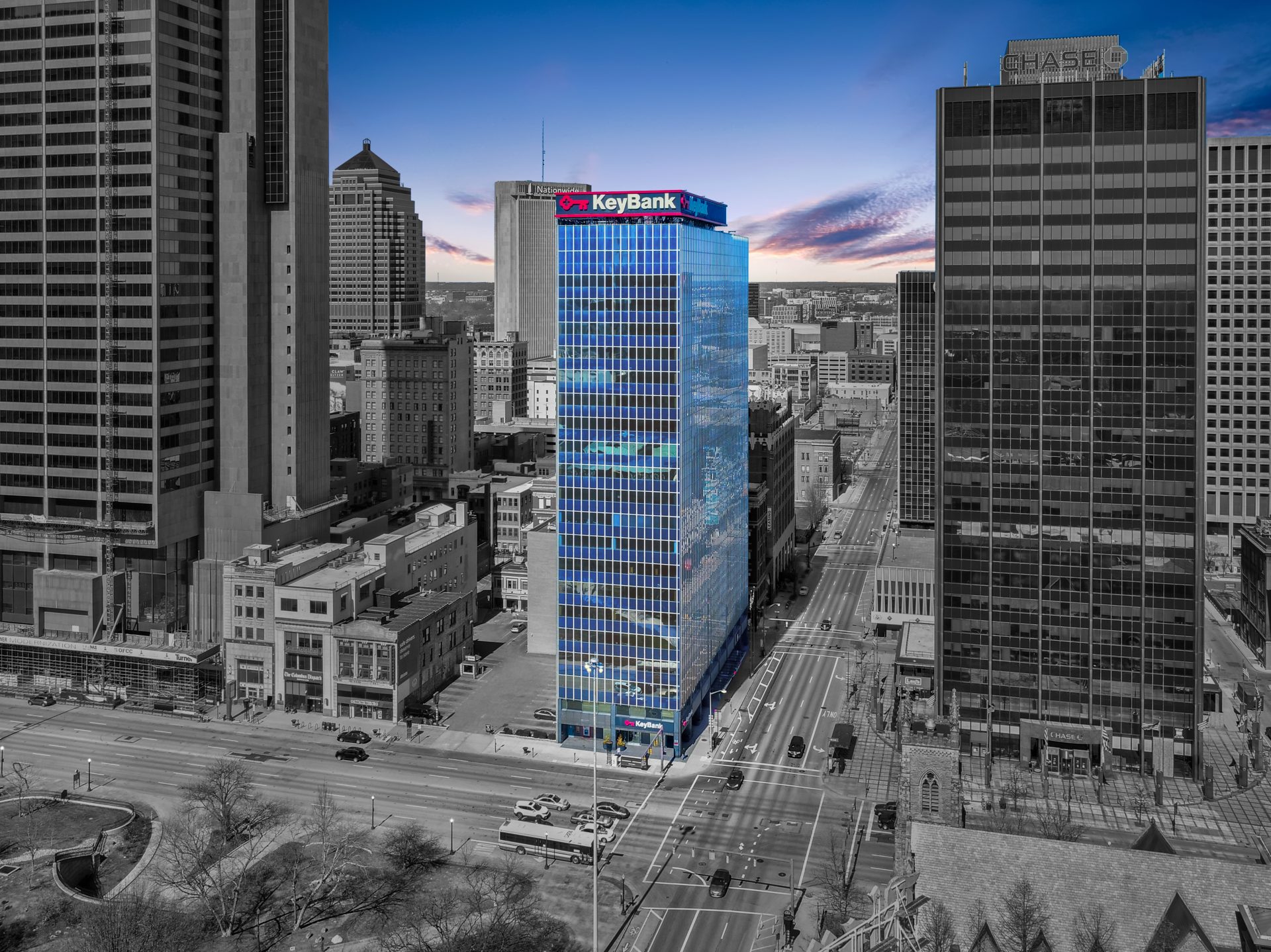 The Key Bank Building, located at 88 E Broad Street in Columbus, Ohio, is one of Columbus’ most prominent high rise office buildings. The Colliers Team was hired to market the Class A office tower for sale in mid-2021.

The building typically had a day-to-day physical occupancy of nearly 1,000 people during normal times. Due to the pandemic physical occupancy had dropped to less than 100 people daily. Several of the tenants were in the process of either downsizing, relocating, or subleasing their space.

Additionally, the building’s anchor tenant was a state tenant that had a rolling termination option and was only able to sign a lease term of two years at a time. The collective weighted average lease was also under two years.

The Colliers team developed a strategy which entailed attacking the short-term challenges at the building as well as the those associated with the market due to the pandemic head on. It was apparent that a buyer needed to be identified that had vision, long term capital and the strength to get a lender comfortable. The unique attributes of the building that differentiate it from other CBD towers were the focus of the sales team. Differentiators such as on site covered valet parking, adjacent surface parking, the fact that the building has smaller floor plates than any other tower downtown which makes the floors easy to demise to capture the sweet spot of leasing demand which is between 2,500 SF – 15,000 SF, etc were emphasized.

Additionally, since the sales team works directly alongside the most active leasing team in Columbus it was able to generate legitimate leasing activity throughout the sales process by passing leads to the team that was leasing the building at the time which resulted in multiple leases being signed or signed directly after closing.

The sales team worked aggressively to generate excitement around the opportunity and ultimately had over 100 NDAs signed. Eight total offers were obtained, and three groups emerged as strong and legitimate suiters. The Colliers team used its network to vet out prospective buyers and ultimately put the seller in the best possible position to select the most qualified buyer. The transaction was successfully closed in January of 2022 at the contract price with minimal surprises during the due diligence period.